The Isaacs, a multi-GRAMMY® nominated family group with roots dating back to 1971, is composed of vocalists, siblings Ben Isaacs, Sonya Isaacs Yeary and Rebecca Isaacs Bowman and mother Lily Isaacs. The newest inductees into the Gospel Music Association Hall of Fame, the Isaacs play their own acoustic instruments and joined by other band members, have a unique style that blends tight family harmony with contemporary acoustic instrumentation that appeals to a variety of audiences. Their remarkable sound has led to invitations from high-profile contemporaries, including Dolly Parton, Reba McEntire, Vince Gill, Alison Krauss, Paul Simon and many more, to sing on numerous albums and stages. The Isaacs’ musical style has been influenced by many genres of music such as country, bluegrass, rhythm and blues, folk, contemporary, acoustic and southern gospel. Drawing from these influences, The Isaacs are gearing up to release their new album, The American Face, on August 13, via their House of Isaacs label. The American Face is a 12-song collection split between new material like the title track, released July 2 as the lead single, and covers of classics like “More Than Words” by Extreme, “You’re The Inspiration” by Chicago, “We Can Work It Out” by The Beatles and “Forever and For Always” by Shania Twain. A portion of proceeds from the album will benefit The Bridge Ministry, a 501(c)(3) non-profit organization in Nashville, which exists to alleviate the suffering of underprivileged children, the homeless and the working poor by providing life-sustaining resources and a message of hope. The Isaacs, first line descendants of Holocaust survivors, have also raised hundreds of thousands of dollars to bless Israel, specifically Holocaust Survivors, Israeli Defense “Lone” Soldiers and orphans through their non-profit organization, The Isaacs Foundation, via The Fishman Isaacs Israel Initiative (FIII) since 2018. The Isaacs are frequent guests on the Grand Ole Opry, active members on the Gaither Homecoming Videos and Concert Series and perform over 100 dates a year to welcoming fans throughout the world. Having performed at prestigious venues like Carnegie Hall, The Isaacs have also entertained fans at CMA Fest, on the “CMA Country Christmas” special and at many professional sporting events, including The Cincinnati Reds, Cincinnati Bengals, Indiana Pacers, Brooklyn Nets, Tennessee Titans, Houston Astros and Nashville Predator games. The award-winning group has also been nominated at and performed on the Dove Awards where they have earned seven trophies, the International Bluegrass Music Association Awards, the National Quartet Convention Awards and the Inspirational Christian Country Awards. Two of their recent projects, executive produced by NFL Hall of Famer Terry Bradshaw, received consecutive GRAMMY nominations for Best Roots Gospel Album as well as a nomination for Best Roots Gospel Song. The Isaacs feel blessed to be able to travel and spread the message of hope and grace through song and story. 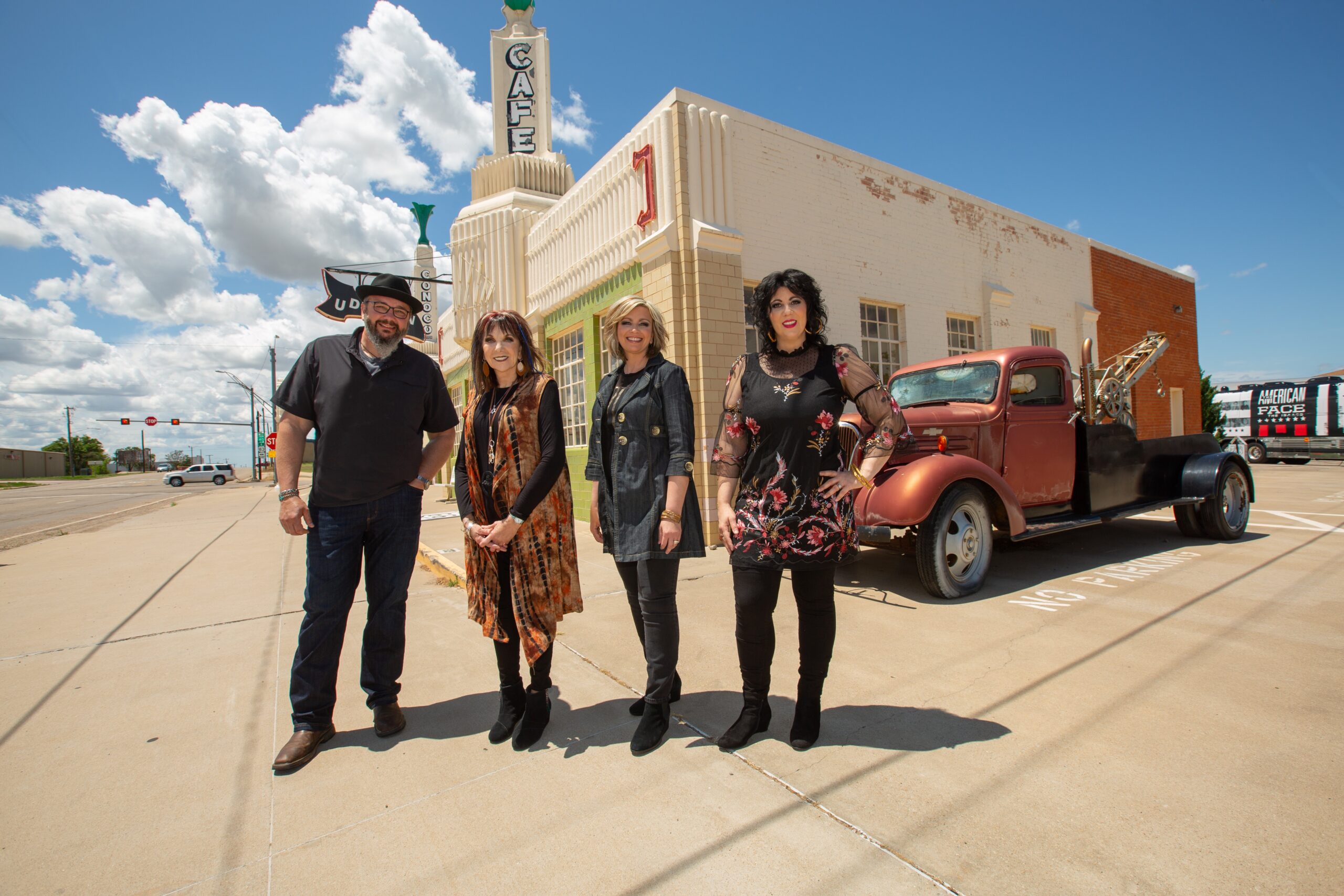 The multi-Grammy-nominated Dove Award-winning The Isaacs, (Becky, Ben, Lily and Sonya) members of the Gospel Music Hall of Fame, were officially inducted in to the Grand Ole Opry family last night by Opry members Ricky Skaggs and The Whites: Buck, Sharon and Cheryl. Skaggs had surprised the family group with an invitation to join the Opry last month.

The Isaacs' whirlwind release week, which included an invitation to join the Grand Ole Opry and a GMA Dove Award nomination, carries on with the debut of The American Face. Available today via House of Isaacs, the "creative departure for the award-winning family band (Deborah Evans Price, Sounds Like Nashville)" is split between new material and classic covers.

The multi-Grammy-nominated Dove Award-winning The Isaacs, members of the Gospel Music Hall of Fame, were surprised on stage at the Grand Ole Opry tonight by Opry member Ricky Skaggs with an invitation to become official Opry members. The group will be formally inducted into the Opry family on Tuesday, September 14. This Friday, August 13, The Isaacs release their new album The American Face.

Momentum continues for multi-GRAMMY® nominated family group, The Isaacs, as their new album, The American Face, is available for pre-order now. Slated for release on August 13 via House of Isaacs, the album is a 12-song collection split between new material and classic covers.

The Isaacs, a multi-GRAMMY® nominated family group, "steps out with a solid country-rocker that will make you feel patriotic no matter what your political leanings (MusicRow, Robert K. Oermann)." Available now across all music platforms, "The American Face" is the lead single and title track from The Isaacs' forthcoming album, available on August 13, via their House of Isaacs label. 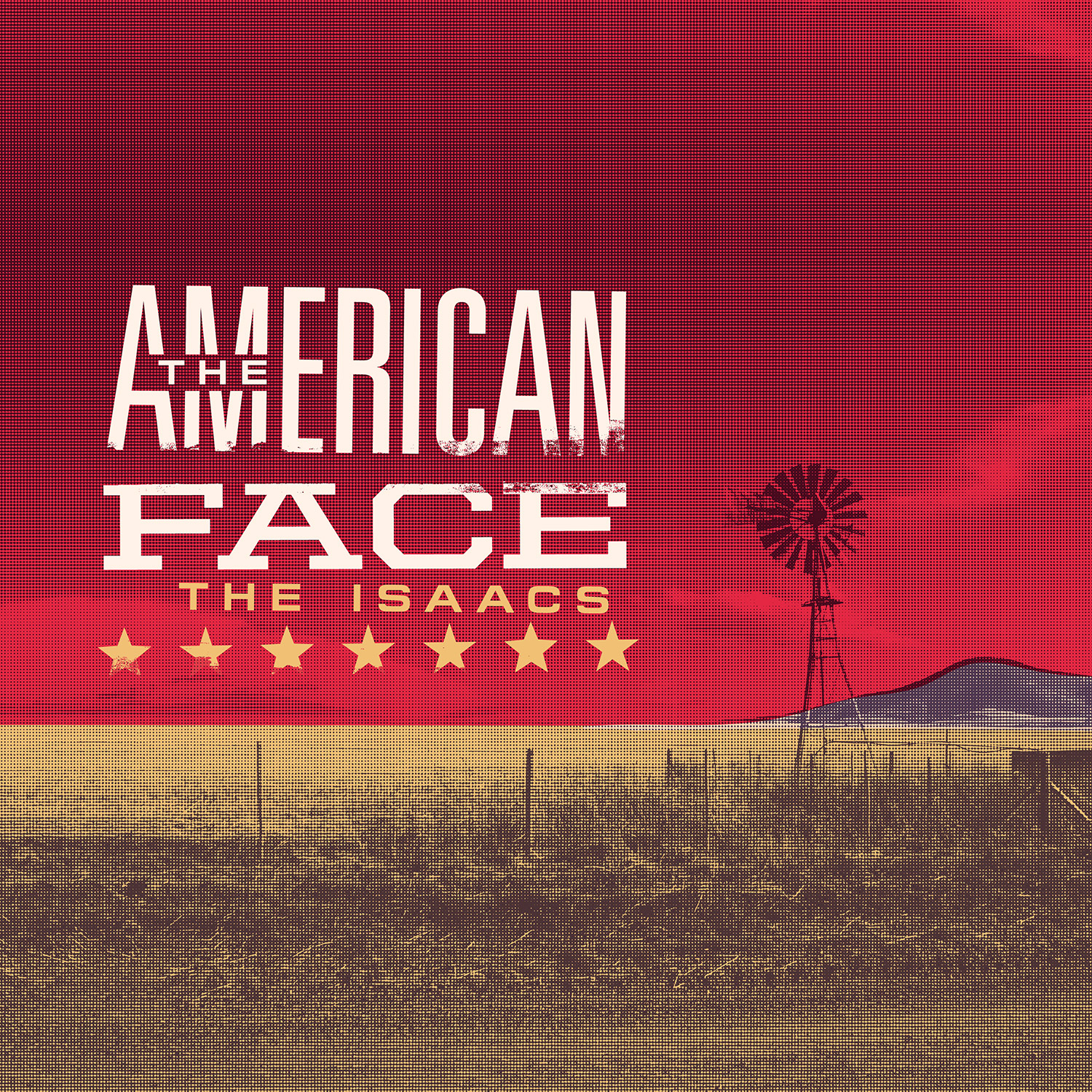 THE ISAACS SHARE PORTRAIT OF ‘THE AMERICAN FACE’ IN NEW SINGLE