Watching husband and wife duo Maggie McClure and Shane Henry (The Imaginaries) perform songs and/or interact with one another on camera, you instantly see the chemistry and the deep commitment they share with each other and to their music. Produced by the duo and recorded in Muscle Shoals, Ala. with the legendary Muscle Shoals “Swampers,” their 2021 self-titled debut album marked the beginning of their journey as a band after both singer-songwriters have enjoyed their own successes as solo artists. McClure has opened for Sara Bareilles and Walk Off The Earth and has earned over 50 original song placements on TV shows such as DR. PHIL and COUGAR TOWN, in TV movies and in feature films including COWGIRLS ‘N ANGELS and CHRISTMAS IN THE HEARTLAND. Henry played 30 dates on tour with B.B. King, and has also toured with Etta James, Buddy Guy and Joe Bonamassa to name a few. As a duo, they have been selected to open for Brian Setzer, Judy Collins and John Waite. Many of their songs have been featured in various Hallmark Channel movies like MY CHRISTMAS LOVE and REDEMPTION IN CHERRY SPRINGS, feature films like INFAMOUS and more in recent years. The Imaginaries wrote and produced the soundtrack for A COWGIRL’S SONG, which will be distributed by Samuel Goldwyn Films on April 22, 2022. The duo star in the film and make their debut as film producers. McClure, Henry and The Imaginaries have been featured in high profile media outlets such as Deadline, American Songwriter, Huffington Post, Guitar Player Magazine, Cowboys & Indians Magazine, FOX News, AXS and more. For more information, visit imaginariesband.com. 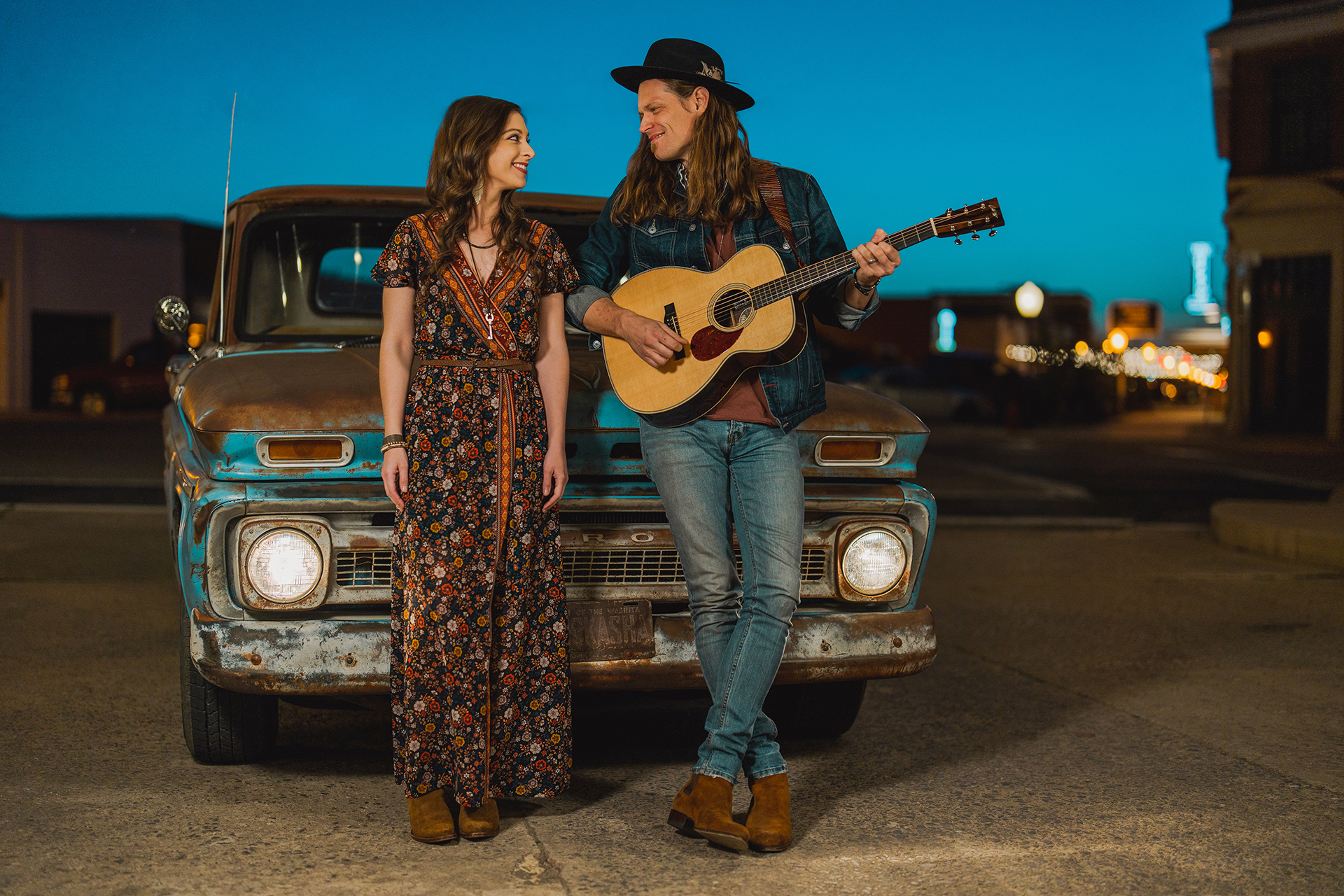 The Imaginaries Wrap Up a Whirlwind Year with “This Christmas” Release

Wrapping up an whirlwind year, The Imaginaries release "This Christmas" today. Turning the Donny Hathaway classic into a duet, the husband-and-wife duo composed of Maggie McClure and Shane Henry trade verses throughout the infectious song and flawlessly harmonize on the chorus.

The Imaginaries Release “Things Are Gonna Be Alright” Video

With support from CMT and Cowboys & Indians, The Imaginaries debut the video for "Things Are Gonna Be Alright." The husband and wife duo, composed of Maggie McClure and Shane Henry, starred in the short film and served as executive producers.

The Imaginaries’ “Things Are Gonna Be Alright” Available Now

Following the recent Netflix premiere of A COWGIRL'S SONG, momentum continues for The Imaginaries with the release of "Things Are Gonna Be Alright" today. Produced by the husband-and-wife duo (Maggie McClure and Shane Henry) and penned by Henry and Jeff Silbar ("Wind Beneath My Wings"), "Things Are Gonna Be Alright" delivers a universal and relevant message of hope to listeners.

The Imaginaries Saddle Up for A COWGIRL’S SONG Netflix Premiere on Aug. 21

The Imaginaries saddle up for the Netflix premiere of A COWGIRL'S SONG on Aug. 21. The husband-and-wife duo, composed of Maggie McClure and Shane Henry, served as producers of the coming-of-age drama, and starred in the film alongside Cheryl Ladd, Darci Lynne and Savannah Lee May. To celebrate, The Imaginaries and Darci Lynne are hosting a livestream event on Aug. 18 at 6 p.m. CT on their social media platforms (@ImaginariesBand and @ItsDarciLynne).

A COWGIRL’S SONG Soundtrack, By The Imaginaries, Available Now

The original motion picture soundtrack for A COWGIRL'S SONG, written and produced by The Imaginaries, is available now via Epochal Artists Records / INgrooves. A COWGIRL'S SONG was released today in theaters and on VOD from Samuel Goldwyn Films.

The lead single from A COWGIRL'S SONG soundtrack, "Oklahoma Stars" performed by The Imaginaries, is available now via Epochal Artists Records / INgrooves. A COWGIRL'S SONG is slated for theatrical and VOD release from Samuel Goldwyn Films on April 22.