GRAMMY®, CMA and ACM-winning hitmakers Shenandoah, fueled by Marty Raybon’s distinctive vocals and the band’s skilled musicianship, are celebrated for delivering such hits as “Two Dozen Roses”, “Church on Cumberland Road” and “Next to You, Next to Me” as well as such achingly beautiful classics as “I Want to be Loved Like That” and the GRAMMY® winning “Somewhere in the Vicinity of the Heart” duet with Alison Krauss. Today that legacy continues as original members Marty Raybon and Mike McGuire launch a new chapter in Shenandoah’s storied career with their new record Every Road. Raybon and McGuire formed Shenandoah in 1984 in Muscle Shoals, Alabama with bassist Ralph Ezell, keyboardist Stan Thorn and guitarist Jim Seales. Shenandoah inked a deal with Columbia Records and began establishing a national fan base with their self-titled debut in 1987. However, it was the band’s sophomore effort, The Road Not Taken, that spawned their first top ten hits—“She Doesn’t Cry Anymore” and “Mama Knows.” Shenandoah followed with three consecutive No. 1 hits—“Church on Cumberland Road,” “Sunday in the South” and “Two Dozen Roses.” “The Church on Cumberland Road” spent two weeks at the top of the chart and made country music history as it marked the first time that a country band’s first No. 1 single spent more than one week at the summit. It also helped propel sales of the album to more than half a million units thus giving Shenandoah their first gold album. Shenandoah became known for delivering songs that celebrated the importance of faith and family while reveling in the joys of small town life. “Next to You, Next to Me” topped the charts for three weeks and “Somewhere in the Vicinity of the Heart,” a beautiful duet with Alison Krauss, won a Country Music Association Award for Vocal Event of the year and a GRAMMY® for Best Country Performance by a Duo or Group with Vocal. Shenandoah also won the Academy of Country Music’s Vocal Group of the Year in 1991. 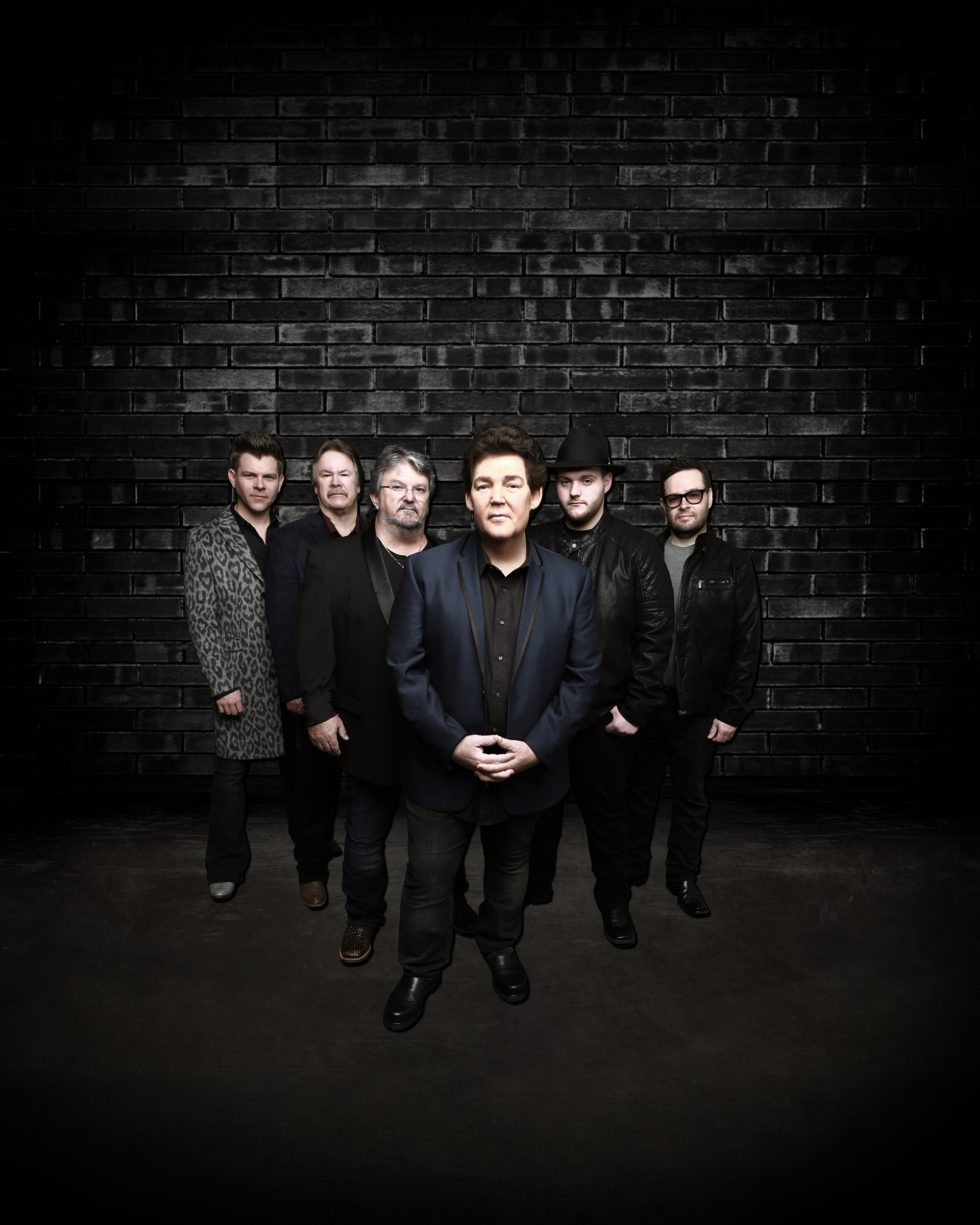 GRAMMY®, ACM and CMA winning Shenandoah, in partnership with Sessions Live, will be performing their first-ever live stream from the historic Fame Studios in Muscle Shoals, Alabama. The event, taking place Monday, June 21st at 7 P.M. CST is a celebration of live performances gearing back up and the band’s greatest hits over the last three decades.

Shenandoah to Perform “Make It Til Summertime” on TBN’s “Huckabee”

GRAMMY®, ACM and CMA winning Shenandoah will perform "Make It Til Summertime" on TBN's Huckabee this Saturday, Feb. 27 at 8 p.m. ET. Fans can also tune in on Huckabee's Facebook and website. Shenandoah's segment is set to re-air this Sunday, Feb. 28 at 9 p.m. ET on TBN.

Shenandoah Announces Rescheduled 2021 Tour Dates for “The Every Road Tour”

Every Road launched GRAMMY®, ACM and CMA winning Shenandoah into a resurgence, with critically-acclaimed collaborations from Luke Bryan, Blake Shelton, Ashley McBryde, Dierks Bentley, Lady A, Zac Brown Band, Carly Pearce, Cody Johnson and Brad Paisley. And now, with venues in select markets opening up with strict, safe social distancing measures, Shenandoah announces rescheduled 2021 tour dates for The Every Road Tour in support of their new album, kicking off Feb. 19 at the Arena Theatre in Houston and Feb. 20 at Billy Bob’s in Ft. Worth, Texas. Additional dates for The Every Road Tour will be announced soon.

GRAMMY®, ACM and CMA winning Shenandoah gears up for the release of Every Road on Nov. 13 via Foundry Records through the final instant-grat track, "Then A Girl Walks In" with Blake Shelton, available now. Every Road also includes star power collaborations with Luke Bryan, Ashley McBryde, Dierks Bentley, Lady A, Zac Brown Band, Carly Pearce, Cody Johnson and Brad Paisley.

SHENANDOAH RELEASES “IF ONLY” WITH ASHLEY MCBRYDE

Momentum continues for Shenandoah leading up to the release of Every Road as the GRAMMY®, ACM and CMA winning group releases "If Only" with Ashley McBryde today. The "sweetly nostalgic ballad (Rolling Stone Country)" is the third track to be released off the upcoming album, available everywhere Nov. 13 via Foundry Records, which also includes star power collaborations with Luke Bryan, Blake Shelton, Dierks Bentley, Lady A, Zac Brown Band, Carly Pearce, Cody Johnson and Brad Paisley. 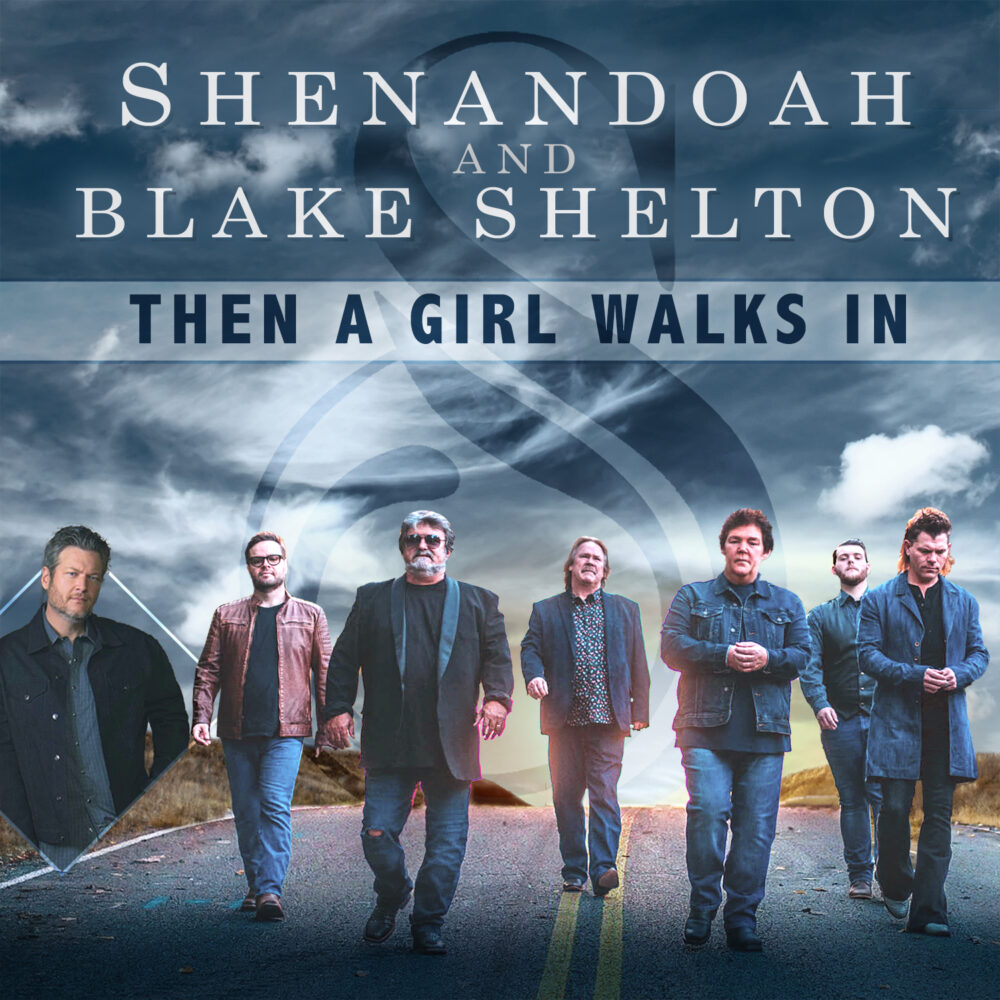 Listen to Blake Shelton Join Shenandoah on New Duet: His Vocals Are 'Solid as a Slab of Concrete'

Hear Ashley McBryde Join Shenandoah on New Collab ‘If Only’ 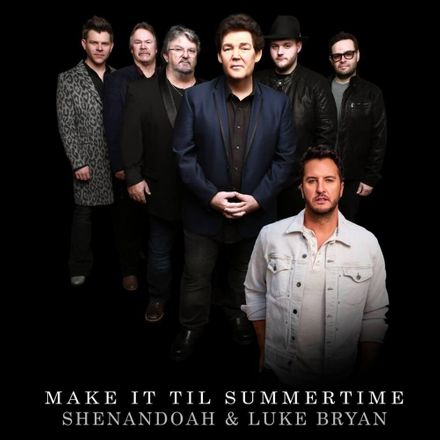