Dani Taylor, a rising singer/songwriter based in Nashville, is known for her sweet, soaring vocals and sassy lyrics. Dani’s sound is a blend of upbeat, catchy melodies supported by playful stylistic elements like banjo, guitar and mandolin. Having performed acoustic sets at writers’ rounds across Nashville’s scene, Dani released her “adorable and spunky (American Songwriter)” debut single, “Girl Most Likely,” on August 28, 2020. American Songwriter selected Dani as a Daily Discovery artist, noting a comparison to Taylor Swift, while CMT debuted the official music video for the song. Following her debut single, Dani released her “wonderfully-starry eyed country love song (Cowboys & Indians),” “Man of Few Words,” on October 9, 2020 followed by her “toe-tapping twirler (Billboard),” holiday-themed single, “Does It Snow In Nashville”. Most recently, Dani released her single girls’ “ode to independence” (Wide Open Country) anthem, “Table For One Drinking For Two,” which landed on Spotify’s Wild Country, New Boots and Next From Nashville playlists among others. Born and raised in Arizona, Dani moved to Nashville to pursue music in 2018. As a kid, she performed in choir and did musical theatre, but it was only after graduating from high school that she rediscovered her love and talent for music. After working with a vocal coach, Dani had a creative breakthrough after she began listening to country music and covering songs by Patsy Cline, which gained traction on Facebook. Inspired by the more challenging moments in life, from bad experiences to breakups, Dani finds that making music helps her turn those negatives into positives. She started songwriting daily after a romantic breakup. The upcoming country-pop star says: “I want to be happy, and I want other people to be happy, even at their lowest. I want girls, the misunderstood, the underdogs, and anyone having a bad day or breakup to listen to my music and feel more empowered. I want people to go to my music to make them feel better. Through my music, I want to spread positivity and a healthier outlook on life and the future, for myself and for anyone who’s listening.” 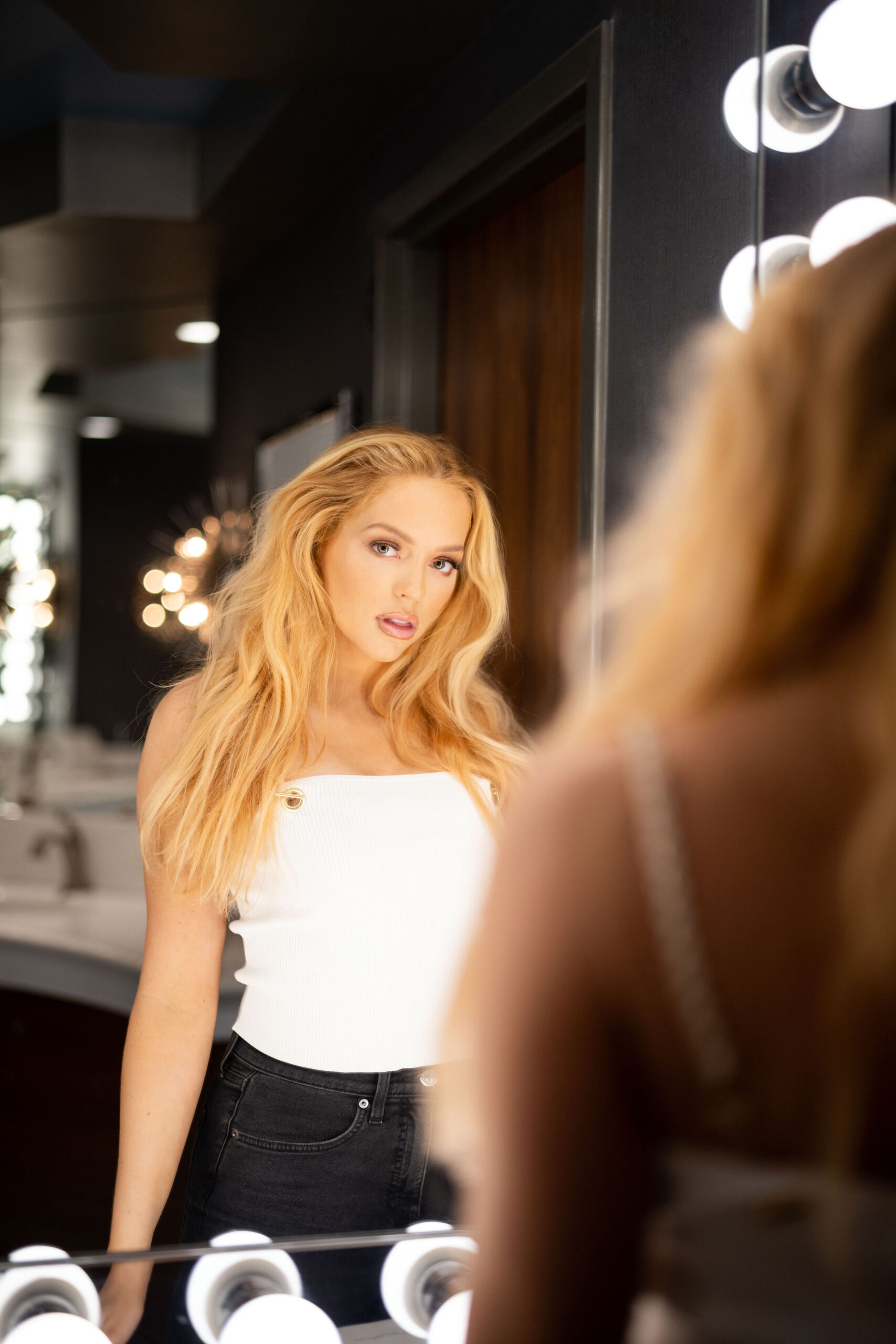 Rising songstress Dani Taylor's latest music video for the track "Midnight Cowgirl," from her debut EP, has landed on this week's Rolling Stone Country Music Picks. Filmed across a beautiful, desert landscape in her home state of Arizona, "Midnight Cowgirl" effortlessly captures the "neon princess (Medium)" to "paint a picture of a restless woman unable to stop running from commitment (Rolling Stone Country)."

"Adorable and spunky (American Songwriter)" songstress Dani Taylor releases her debut, self-titled EP today. Produced by GRAMMY-nominee Brad Hill (Maren Morris, Brothers Osborne) and Dave Thomson (Lady A, Trisha Yearwood), the three-song project ranges from the moody ballad of "Midnight Cowgirl," to the sassy, uptempo "Kiss Me If You Can" and "You Can Thank Me Later." Dani co-wrote all of the tracks with Sherrie Austin, who has landed 5 singles on the Billboard Hot Country chart, and Will Rambeaux, whose No. 1 hits include Faith Hill's "Wild Ones," Reba's "How Was I To Know" and John Michael Montgomery's "Hold On To Me."

Dani Taylor’s New Single “Table For One Drinking For Two”

Rising singer/songwriter Dani Taylor releases her playful, free-spirited single "Table For One Drinking For Two" and the official music video, which premiered on Wide Open Country today. In addition, CMT.com will be premiering the music video on February 12. "Table For One Drinking For Two" underpins the importance of embracing one's own company. Dani collaborated with Will Rambeaux and Sherrie Austin to create this anthem of independence.

Dani Taylor’s Upcoming Single “Table For One Drinking For Two”

Momentum continues for Dani Taylor, who was recently featured alongside Dan + Shay, Dolly Parton and Carrie Underwood in Billboard's First Country and has accumulated more than 300,000 streams on Spotify alone in 4 months with the release of her first 3 singles and is now serving up another, "Table For One Drinking For Two," which will be released February 5.

Rising songstress Dani Taylor will perform her latest single, "Does It Snow In Nashville" on WSMV's "Today In Nashville" this Wednesday, December 9. Dani penned the lyrics to her holiday single with co-writer Travis John Howard, who is best known for Miranda Lambert’s No. 1 hits including “Crazy Ex-Girlfriend” and “Heart Like Mine.” The holiday track features fiddle and steel guitar that smoothly lends itself to the song's vintage feel.

Emerging artist Dani Taylor unleashed her holiday-spirited new single "Does It Snow In Nashville" today, which is garnering rave reviews from outlets like Parade and Wide Open Country. 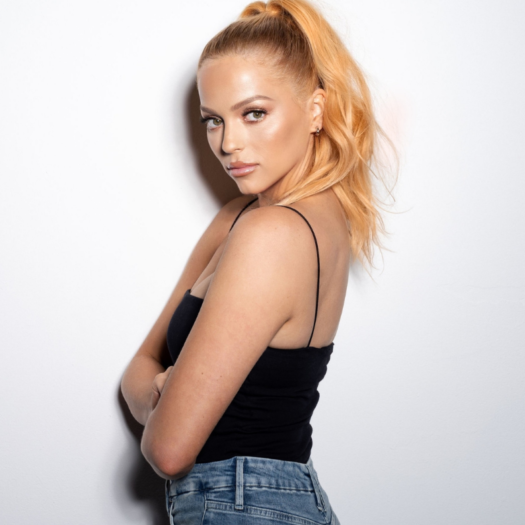 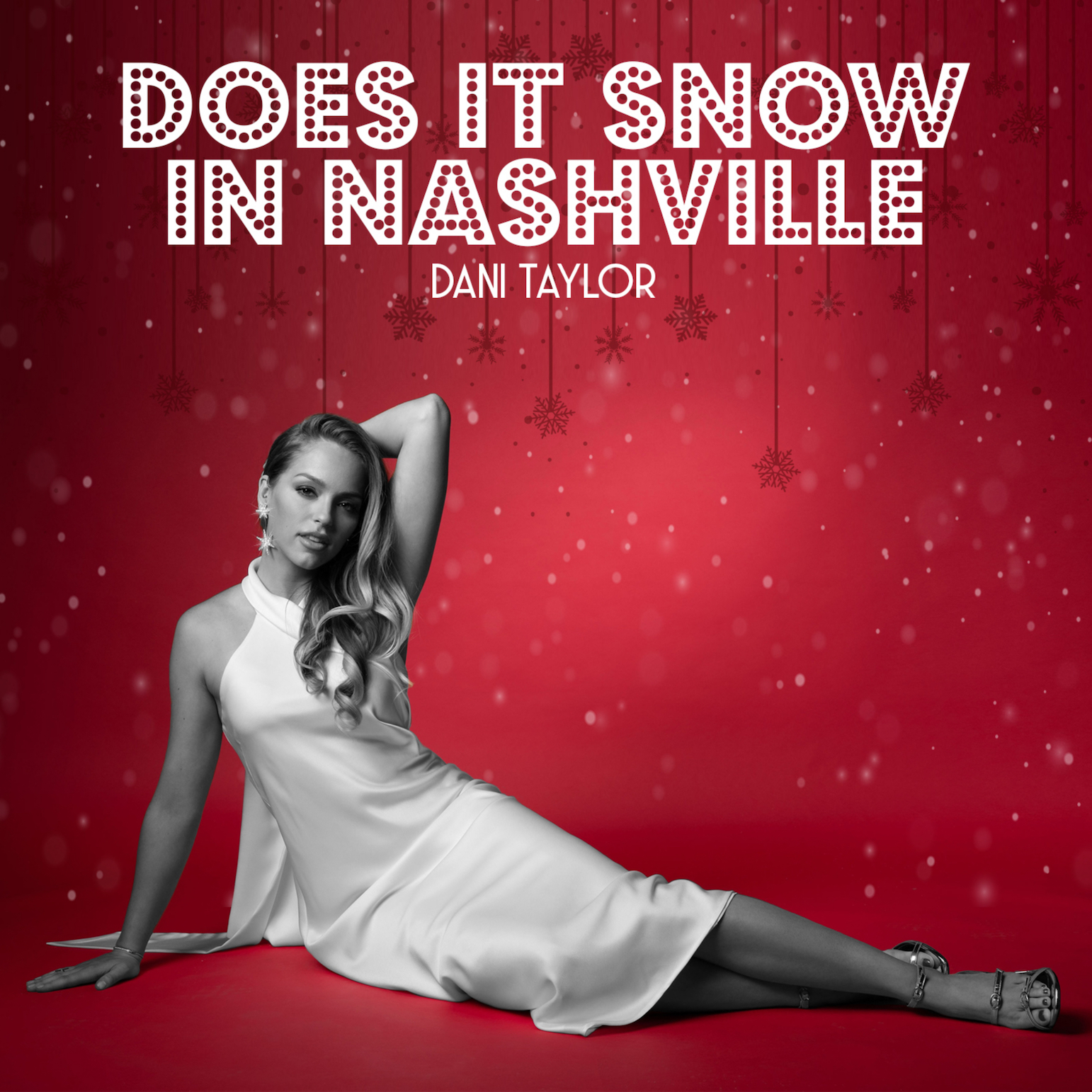 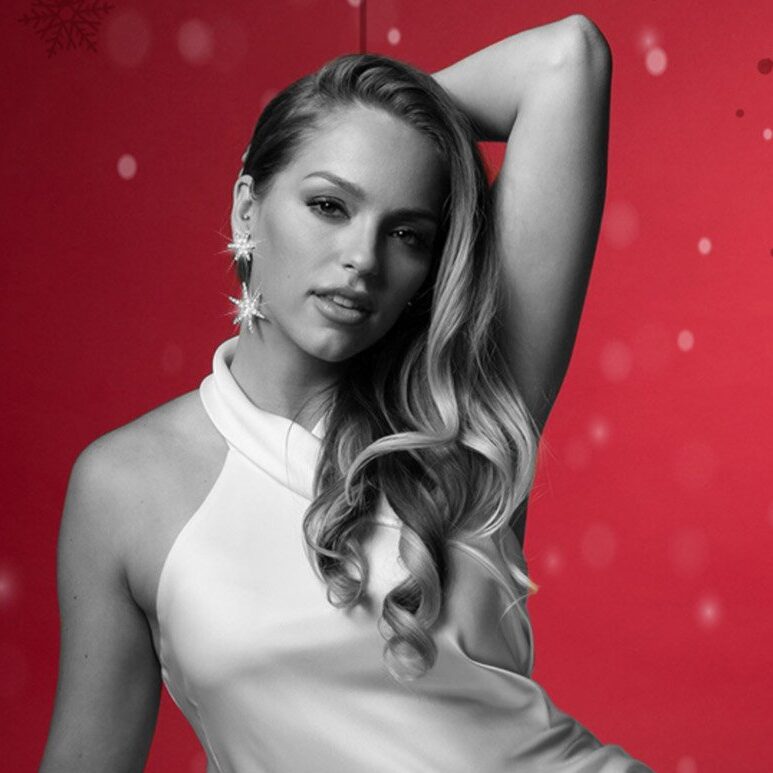